The National Applied Research Laboratories gathered the efforts of the Ministry of Science and Technology, the Ministry of Culture, and the Ministry of Economic Affairs, jointly promoted the "Cross-Virtual-Reality Science and Technology & Humanity Computing Platform" to provide Taiwan with industrial applications such as virtual wearables, multisensory entertainment, visual productions, performing arts, and cultural heritage. With the new generation of Render Farm as the core, the National Center for High-performance Computing (NCHC) integrated the sensor network with the innovation of holographic and virtual reality combined projection, to build a real-time rendering environment for virtuality and reality. The hope for the future is to train interdisciplinary talents and accelerate the development of science and technology with the integration of cultural elements.

NCHC Render Farm launched the cloud computing platform as a service (PaaS) on November 1, 2011. Since March 2018, science and technology, art, and culture of Taiwan have joined forces with NCHC to carry through a new generation of GPU render farm's PaaS, making the computing environment more flexible, establishing the application of cultural production and personnel training through technology, and promoting the production of high-quality special effects and animated films.

The data throughput rate of the GPU render farm is up to 2.5GB/s, which provides high-resolution image rendering services with high efficiency, and can maintain a frame rate of 50 fps even when there are over 5 million vertices. In addition, the platform provides a remote desktop feature through virtual desktop infrastructure (VDI), which can handle the computation of over 100 users simultaneously.

The GPU cluster consists of over 100 GPUs, mainly RTX8000, and one GPU computing node can support up to 8 Quadro RTX8000. The overall performance of the GPU render farm is over 100 times than that of the previous generation CPU render farm. The integration of virtualization technology enables the shortening of computing environments' deployment time and the interchangeability between Windows and Linux operating systems, achieving an easily accessible high-performance cloud rendering service.

The world's first Cloud-based Smart Point Cloud Processing (CSPCP) was an original development of an innovative technology that has made a production pipeline with zero-waste and zero-emission possible since 2020. According to the test results from the artificial intelligence (AI) recognition of the Oakland 3-D Point Cloud Dataset, CSPCP's accuracy is at a world-leading level of above 95%, and its recognition rate is 100 to 600 times higher than that of other state-of-the-art recognition algorithms. Through this technology, we can overcome the bottlenecks of discoloration, superimposition, and light traces, reducing the repetitive process of correcting colors using the traditional method, and the constant back and forth between different software may be simplified down to a click of a button.

The integration of CSPCP technology and the GPU render farms will facilitate the preservation and reusability of digital data, accelerating the development of historic preservation, visual production, construction inspection, and craniofacial reconstruction. One of which is the space and set for films or animations can be created using point clouds that are reusable, instead of physical film sets that go to waste after shooting. Thus, this technology not only helps with the development of the entertainment and education industries but also meets the Sustainable Development Goals (SDGs) of the United Nations in responsible consumption and production. In 2021, this technology will further support local City Governments to execute "the integration of local cultural characteristics and 5G applications project" initiated by the Industrial Development Bureau of the Ministry of Economic Affairs to promote the interdisciplinary development of culture and technology in Taiwan. 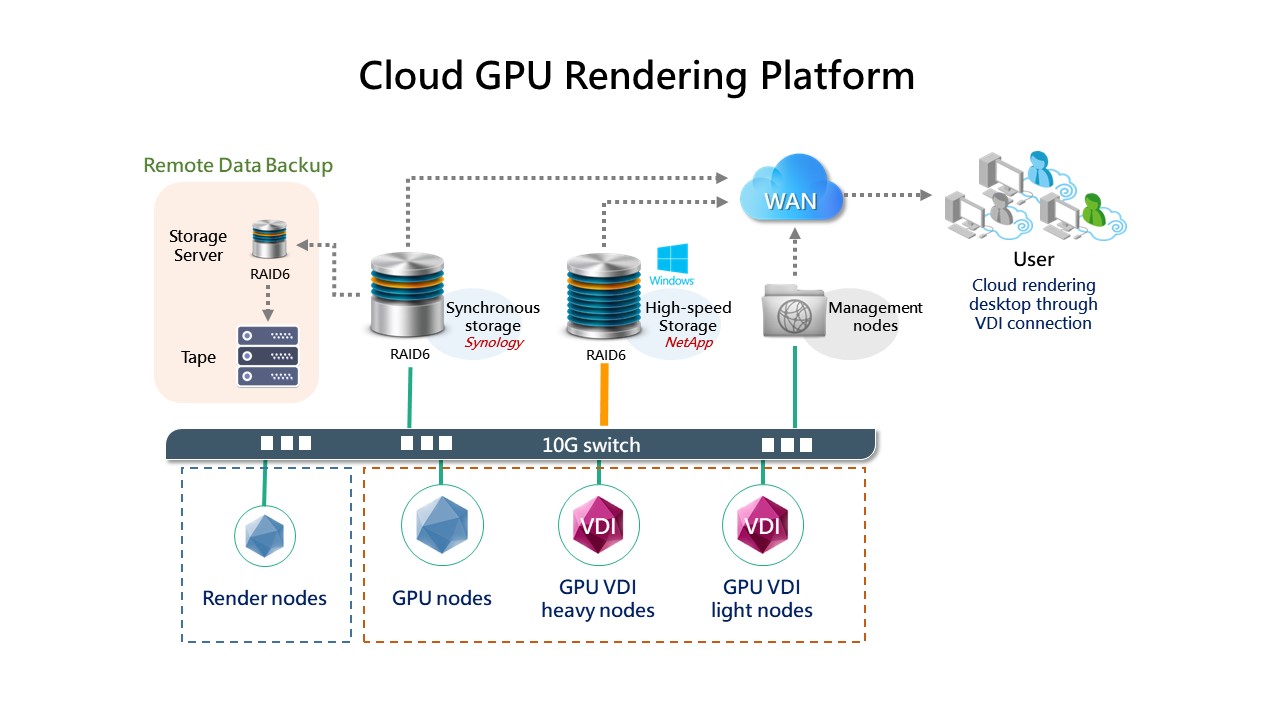 B. Allows a quick display of large 3D models through Render Farm, reducing the original file opening time from 3 hours to 3 minutes, which is equivalent to over 50 times increase of the efficiency.

D. The CSPCP technology is NCHC's original development, which corrects the abnormal point cloud data with AI. The recognition rate exceeds that of the existing technology, and it has the characteristics of having unlimited point counts to display and minimized scanning traces to accurately restore a scene.

In the future, we will engage in exhibitions, reconstruction of historical sites, and other application fields, as well as create new research and development opportunities for the industry of entertainment and digital content. In addition, we can use the point cloud technology to scan historic sites, benchmarking architectures, and studios, to provide a shared economic model that meets the needs of different precision businesses, such as film and television, AR/VR, and games. Currently, the supported computing software and services include CSPCP, Maya (2016-2020), 3ds Max (2016-2020), Unity, Unreal, After Effect, Arnold, and V-ray. If you have any customization service requirements, such as computing cores, RAM, or storage space, please contact us. 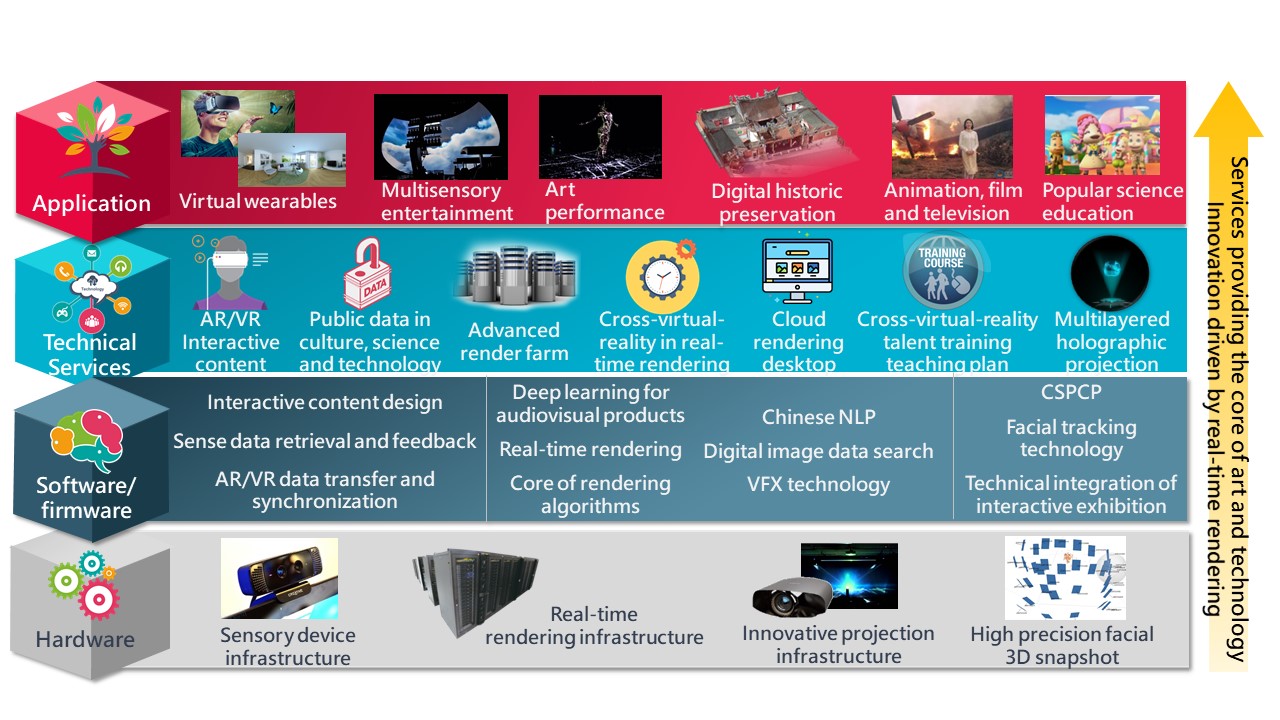