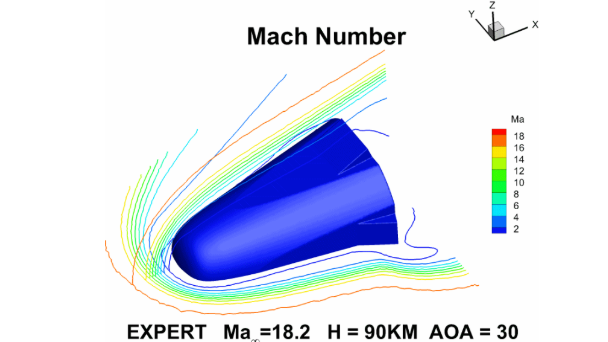 
Rarefied gas dynamics, including hypersonic fluid dynamics, vacuum pump technology, low-voltage semiconductor related material processes, and micron or nano scale gas dynamics, plays a crucial role in modern research on advanced technologies. The Boltzmann transport equation, which is able to describe the behavior of rarefied gas dynamics, is extremely hard to solve. The direct simulation Monte Carlo (DSMC) method is a particle simulation method. In statistics, if a large enough quantity of molecules is simulated, it has been mathematically proven to be the equivalent of solving the Boltzmann transport equation. However, it usually involves very high computational complexity, especially in transient flow and near continuous flow areas. Therefore, parallel computing using the DSMC method is indispensable to reduce computation time for effective application in rarefied gas flows.

The Aerothermal & Plasma Physics Laboratory, (APPL) of National Chiao Tung University used PDSC, its parallel DSMC program that has been developing for over a decade, for flow simulation in EXPERT (European eXPErimental Re-entry Test-bed). Simulation results include the distribution of flow density, temperature, Mach number, object surface pressure, and heat flux, and will provide a basic database or analysis capabilities for future development of space vehicles. Due to the immense computational complexity of the DSMC method, we are grateful to the NCHC for providing computing resources and technical consultation that allowed the research to be successfully carried out. 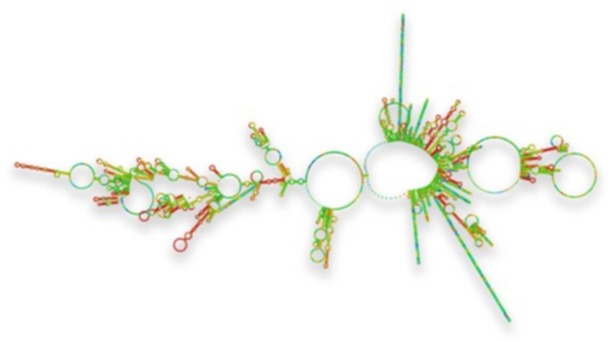 
Genomes generally refer to DNA and RNA, and then protein and carbohydrate. DNA in the nucleus is often viewed as the book of life, while RNA generally refers to all messages transcribed from DNA. In other words, RNA contains messages of life and controls all possible events in a cell, such as the protein required to generate a cell. Due to technology limitations in the past, genome research could only focus on about 2% or even smaller DNA segments. However, following the introduction of next generation sequencing (NGS) technology, more complete and comprehensive RNA information was obtained and expanded the scope of biomedical research.The research team at National Yang Ming University focused on the analysis of liver cancer RNA sequencing data obtained from NGS, and utilized the NCHC's supercomputers to analyze terabyte scale data. This enabled the team to be the first to discover a new RNA gene named DUNQU1 in the severely competitive global biomedical research community. This study not only expanded the traditional definition of cancer genomes, but also provided a new genomic feature and possible therapy target for the infamous liver cancer. This research result was published in the prestigious journal Oncogene. 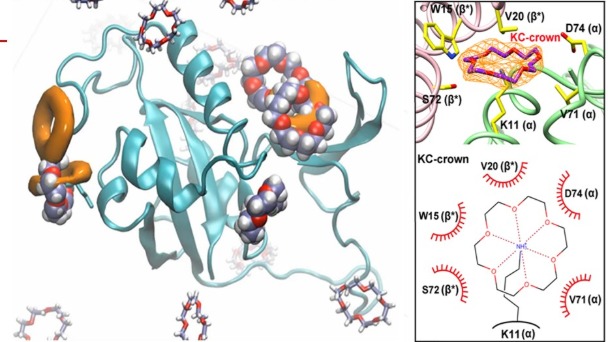 
Protein molecules have great potential for application in the field of biomedicine and chemistry, but its biochemical characteristics and mechanisms are hard to control, making application difficult. Protein structural analysis provides a good research platform for understanding the characteristics of protein. Protein structural identification is mainly achieved through X-ray crystallography, meaning that protein must first grow into a crystal for structural analysis. In order to break through bottlenecks of protein crystal growth, the research team led by Academician Wang Hui-Chun discovered that crown ether can be combined with the surface of multiple proteins to form protein-crown ether complexes. The research team simulated protein-crown ether complexes in water solutions by using the NCHC's supercomputer to understand their binding in water solutions, and further used the characteristic of complexes that are more easily forming regular bonds than protein to overcome the difficulty of forming protein crystal structures. This research result will not only become an important technology for protein crystallography, but also create new opportunities for biological protein applications. This research result was published in the international journal Angewandte Chemie.