Taiwan's independently developed autonomous driving technology is surging ahead. oToBrite and the National Center for High-performance Computing (NCHC) of NARLabs have joined hands to develop an AI perception and recognition system using the Taiwan Computing Cloud (TWCC), creating a memory-type automated valet parking system and taking Taiwan to level 4 (1) of driving automation . oToBrite CEO, Roy Wu, remarked that by using TWCC for deep learning, the time it takes to model each individual intelligent driving training exercise was halved, while technical upgrades will be at least four times faster. Taiwan’s emergence on the international autonomous driving market is no longer a distant dream!

A Boston Consulting Group (BCG) survey focusing on residents of Asian cities found that every driver spends an average of 9,360 minutes on parking each year; while 43.5% of respondents to a World Economic Forum (WEF) survey of 27 countries believed the demand for autonomous driving is a result of parking difficulties. Therefore, autonomous parking has always been a key field for the autonomous driving technology industry.

oToBrite set about building the automated valet parking system with a view to keeping in step with international developments and coming to grips with key technologies for the domestic market. The evolution from working within the driver's line of sight to version 2.0 of this technology allows the vehicle to travel within 100 meters and into a memorized parking space without a driver. All you need to do is let the vehicle learn this route once and it will be able to safely and accurately complete the parking, saving the driver a considerable amount of time.

The system primarily uses AI perception and recognition technology, along with the vehicle's four surround view cameras integrated with twelve ultrasonic sensors. Deep learning models trained by TWCC allow vehicles to perceive of their surroundings and recognize objects, clearly identifying parking spaces, parking lot striping and obstacles, seemingly giving cars a sense of sight. With the technology of Simultaneous Localization And Mapping (SLAM) for positioning and navigation, and combine with electronic vehicle controls, vehicles can travel along previously memorized routes.

TWCC's supercomputing capabilities have already assisted oToBrite in conducting over a million parking training sessions and will continue to do so in future updated exercises. TWCC has also contributed to cutting oToBrite's AI model deep learning time in half while allowing the company to concurrently work on a variety of developmental pursuits, making their progress four times faster. With such rapid advancement, key technologies will be mastered sooner and brought to the international market. 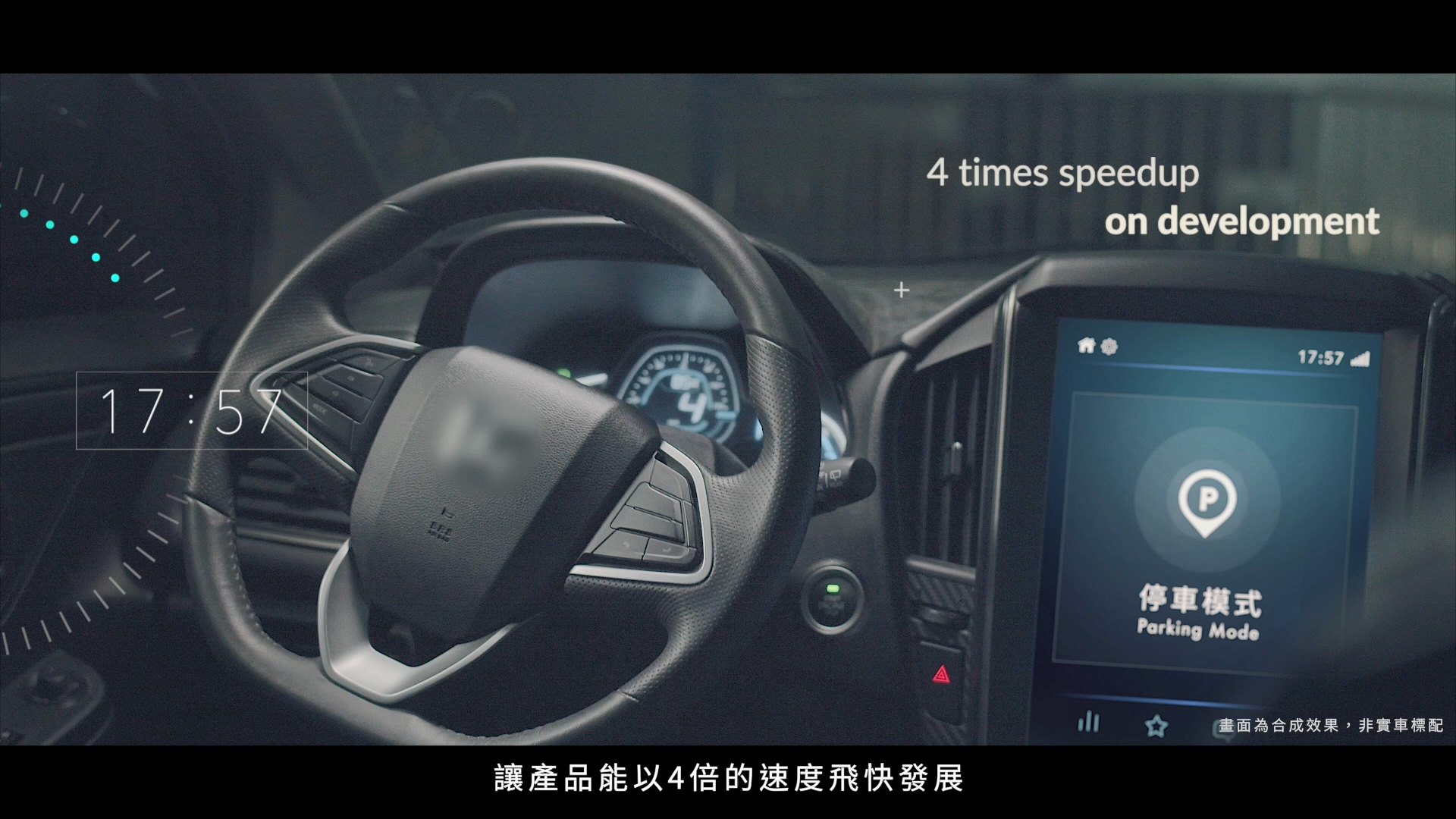 The Memory-Type Automated Valet Parking System, Letting Your Car do the Parking Is No Longer a Dream

oToBrite CEO, Roy Wu stated that the company has already succeeded in developing the memory-type automated valet parking system, and if it were combined with high-definition maps, in the future the idea of letting your car do the parking in an unfamiliar parking lot would no longer be a dream. oToBrite aims to use its integrated level 4 technology and cooperate with international car manufacturers to break into the automated vehicle supply chain.

NCHC director general Shepherd Shi mentioned that the integration of autonomous vehicle technology with visual image recognition and IoT sensing technology is the field best suited to TWCC's high-speed GPU framework. NCHC hopes to aid the domestic autonomous vehicle industry in building a firm foundation and bringing their innovations to the world.

(1) According to the SAE automation level definition, level 4 indicates autonomous driving within a defined space. Automated valet parking refers to an autonomous vehicle replacing the driver in completing the journey from a parking lot entrance into a parking space.